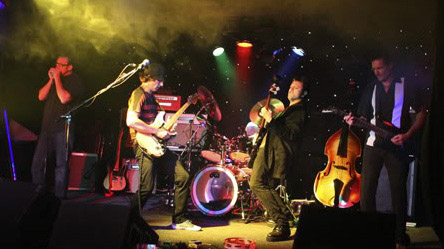 Robby Armstrong, a Southern California house band favorite, keeps a full schedule of gigs. The band is high energy, mixed with blues and other genre, but the group never lets the crowd off the hookdue to their compelling rhythms, sounds, and delivery that's tight and sharp.

You'll most often find the Robby Armstrong Band performing around their Orange County home base of Surfside and Sunset Beach. They do perform in L.A., South Bay, and wherever the road leads them, but your best bet for catching Robby Armstrong Band is a set of clubs and bars along Pacific Coast Highway in Sunset, Huntington and Seal Beach.

This calendar does not guarantee accuracy of information as events are subject to change.