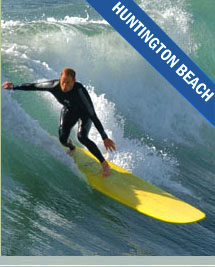 Beyond the Beaten Path Film Festival May 2014

Beyond the Beaten Path Film Festival delves into subjects not limited to your normal film festival event. The occult, UFOs, dark, noir, slash and other content may be found in these films and shorts, so there may be some age appropriate guidelines. Check to confirm.

Into the Dark: Sometime in the future. Two men, strapped in back to back, on a journey from Moon to Earth.Just Reality. Real Justice.
Sins of the Father: A father’s (Emilio Rivera) past comes back to haunt him when his son is shot by a kid (Gabriel Chavarria) from his old gang. Does he take revenge or does he forgive him like he was forgiven?
Subsurface Flow: Wounded by their childhood, young lovers travel to the desert in search of a holy ground, where the pains of their past can be washed away.
The Conversation — When a mother succumbs to particular fears of raising her child, she decides to have a conversation with her child to explain no longer wanting to be his mother.
I Will Rise: I Will Rise is a short animated film, micro-documentary and music video inspired by my graphic novel The Inventor, which is based on the true story of Nikola Tesla.
Program 2: 1:15 p.m. A Road Less Traveled

Rose, Mary and Time: Real is Love – Is life governed by Kismet, or can we change our life path.
Screw: A young man, determined to recreate a catalog photo of the perfect apartment, turns to prostitution to get the cash. But there’s more to the photo than he knows.
Somatic Self: the reflection threatens the real when simulation replaces experience
The Sleep of Reason: A man delves into his own deep personal conflicts and attempts to find resolution through lucid dreaming. A tale of self-discovery and transcendence through diving inward.
A Case of the Reincarnation Type: A young man attempts to open the combination lock on a briefcase, the secret code only known to a Professor who took it to his grave.
Dream Shreds: The appearance of a bird during a girl’s sleep brings about strange dream shreds.
Program 3: 2:45 p.m. Funny & Funky

Blowout: In the superhero business, you’ve got to roll with the punches. At a soiree hosted by super-brain Liam, old friends and foes reminisce over past misadventures.
Kung Fu Chicken: After years of kung fu training with his master in the mountains, Little Feather is ready to seek the killer of his parents.
Ninja Laundry: Two rival ninjas battle to a draw in the forest. Eventually the sworn enemies resume their unfinished business in an epic, yet awkward, clash.
Olanzapine: Olanzapine plots to save the Prime Minister from the evil hands of Doctor Scarlett and the notorious Precious Twins with the help of her sidekick, Tilburgman.
One Gun: When two cowboy brothers fall in love with a suicidal, runaway bride, their unbreakable bond is put to the test.
OperHator: Tina is being stalked. Her mom is oblivious and the person she calls for help…doesn’t. No wonder Tina is hiding. Hide Tina…hide.
The Moment: That awkward moment when you realize you can’t seem to pull the trigger…
Sitter: You can take her dignity, just don’t touch her babysitter.
Program 4: 5:05 p.m. Lost Horizons

A Christmas Walk: A man suffers an unusual circumstance walking home at Christmas time.
All The Marbles: Unprotected by his dream catchers, Dylan and his babysitter must now perform a ritual before time runs out.
Blackened: In a constant battle between right and wrong we watch as evil manipulates the world turning ordinary people into destroyers of mankind.
Stranger: On the verge of madness, a young woman contemplates whether it is stress or insanity that drives her to paranoia and hallucination.
The Routine: Technology fails a woman isolated in her home.
Lucy: Explore the depths of sanity in this chilling tale designed to tickle your spine.
Program 5: 6:15 p.m. Feature Presentation

Kaleido Brujas: A kaleidoscopic journey accompanying ‘Castles at the Golden Gate’ by the Columbus, Ohio-based band, Brujas del Sol.
Missing Child: A child went missing, a woman’s still lost…Missing Child is a drama/thriller about a young woman, Gia, who never knew her parents. She uncovers secrets and lies in an attempt to find closure to her own unsettled past.
Program 6: 7:55 p.m. Zombies! Zombies! Zombies!

City of the Dead: A zombie film finished in 2013 by students in China
Naked Zombie Girl: A grindhouse-style film about a naked girl killing zombies with a chainsaw.
The Zombie’s Trip: After a sudden turn of events, a zombie is suddenly brought from the world of fiction into the world of reality.

Sept. 28 The opener is Walter Georis' documentary Shaped, which is about the Southern California board-shaper pioneers of the 1960s. Your guide is Endless Summer II's Robert "Wingnut" Weaver, who swaps stories with the likes of Corky Carroll, Steve Pezman, Bruce Brown, Dana Brown, Tom Morey, Pat O'Connell and many others. 7 p.m.

Other fest flicks of note include: Ford Austin's cloned serial killer horror/comedy Dahmer vs. Gacy, starring Harland Williams and Art LeFleur; the horror/mockumentary Pushin' Up Daisies, the drama A Marine Story, which is about a highly decorated female Marine whose return home is shrouded in mystery; and Exodus Fall, a drama set in 1974 Texas with Rosanna Arquette and Jesse James.